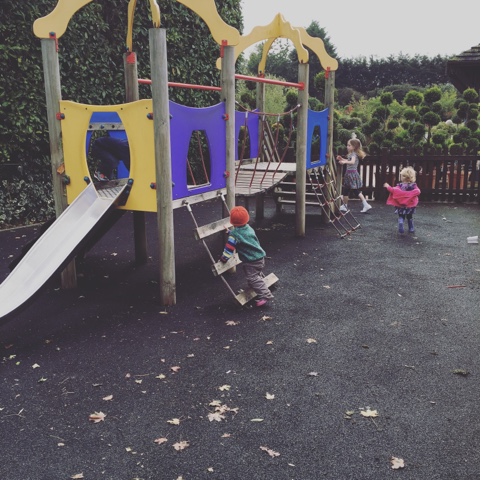 One of the toughest places to hold on to your parenting ideologies is out in public spaces. There's more hazards than at home, other parents who we presume are judging us and other kids who often act in unpredictable ways.
As a parent you are no longer operating in "test conditions " , if anything these are the places your parenting practice, is put into practice.
My view is that when we are out I need to be hands off where possible. The role of a parent after all is to guide and support children into independence.
This means (for me) that my kid is the one running feral. 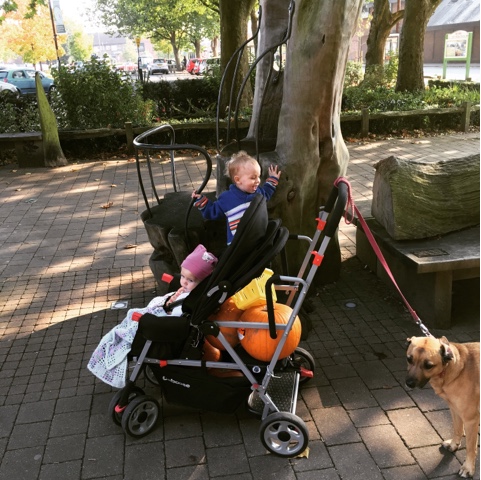 That doesn't mean that I'm not watching or supervising him- I am. Nor does it mean I'm not petrified when he runs over to the big kids, climbs the 10ft slide or runs toward the road.
But I try and operate a safe distance policy. Positioning myself just far enough away that he feels he is independent buy not too far that I can't run and scoop him up as he slips through the monkey bars. 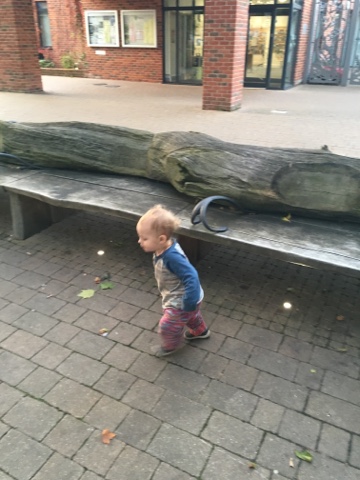 When out in town, my free willed toddler often doesn't want to hold me hand or be confined to the pushchair. Often his sister is in the sling. So we have a simple understanding.
Inspired by Janet Lansbury's podcast series unruffled, I allow my toddler free range on the street if he walks with me. If he doesn't and is unsafe I pick him up and point him in the right direction. Often this works, especially if I explain I need to keep him safe. On the occasions he's tired and kicks off, I barrel him under my arm or strap him in his pushchair or sling.
I apologise for removing his freedom, but explain he needs to be safe or that we need to move on to the next activity of the day. 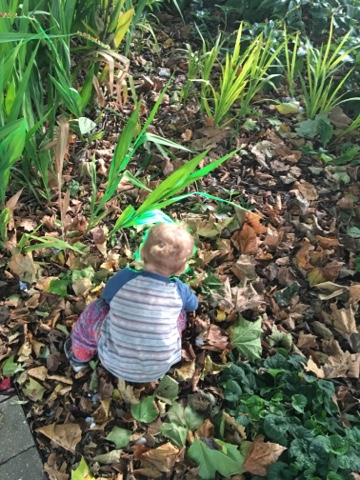