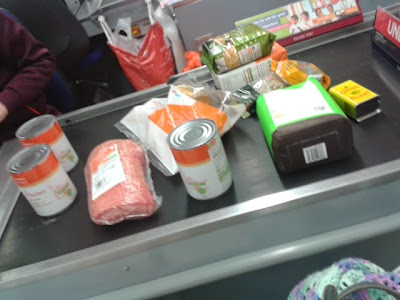 We've been living without supermarkets for two months now. A decision made out of pure frustration at the lack of sustainability,  accountability and customer service provided in them. Waitrose has been voted Supermarket of the year by Which! For it's ethical practices, but frankly it's no where near as ethical as it's clever labeling would have you believe.


We wanted to eat seasonal produce that had been produced ethically,  and despite supermarkets claiming to provide free range, outdoor reared and locally grown,  it's not what you the consumer thinks they are actually purchasing.

Fresh fruit isn't fresh its been transported (quite possibly from a farm near the store) to a regional depot where it waits to be shipped. So even when the label says local, the food miles aren't being reduced by you purchasing it,  and it certainly won't be any fresher than the competitor from another part of the UK.
Free range or outdor reared is a labelling con that simply means, somewhere in the barn of miserable overfed animals, there's a door that gives them brief access to the world outside.
While many consumers try to make ethical decisions now by buying free range,  supermarkets are happy not to use free range in ready prepared products. Unless the label indicates your   cake or pizza was made using free range eggs or chicken it's safe to assume it doesn't.
British meat can mean as little as the meat was processed and packed here.  And by here I mean meat from the EU packed in Nothern Ireland and then shipped over.
Most animals are slaughtered for the supermarkets by 16 weeks of age.  Many never seeing the outside world until they are dispatched at an abattoir.
Many supermarkets don't stock veal on ethical grounds,  the irony being that milk feed veal calves are never slaughtered before 18 weeks, and rose veal calves are a whopping 35 weeks before they are dispatched.


I'm beginning to sound like a militant vegan.  But I'm not.  A vegan that is.  I love meat and the brilliant variety it provides in our diet. But when Ross Cob chickens are killed at 12 weeks unable to walk in the name of a £1 box of chicken nuggets.  I have to put my foot down.

I know a lot of people would say,  that the simple solution is to go vegan or to only buy organic produce in the supermarket.  But you see that doesn't solve the problem.

Because a company that's happy to pay less for a pint of milk than it cost to produce,  that requires sewing machinists to complete 45 garments
in an hour, and return a lorry load of fruit to  a farmer on a moments notice without compensation, is a company crazed with power
that has no respect for animals, humanity or the planet.

By continuing to give money to an unethical practice, you enable them to continue to exploit others.  You wouldn't buy a pint from a pub, you knew was selling crack to school kids, and as dramatic as it sounds there isn't a heck of a lot of difference.

I don't say this to guilt anyone.  I say this because in the last two months, I've had a lot of people tell me "it's not possible to live without supermarkets", but it has to be because their business model is not sustainable. It's certainly
not something I can continue to endorse on a weekly basis .
I have to make this stand, because I want my son to respect everyone. Not just those he can see he has an effect on.  Raising a child in love, and in a gentle parenting style is at odds with a world where we turn a blind eye to anything bound in attractive packaging.
We expected the process to be hard. But it wasn't.  It was  suprisingly easy, simple and rewarding. I no longer have to feel overwhelmed and stressed by the experience of a supermarket on a weekly basis. Our diet is healthier, and with temptation of easy snacks out the way we are eating more satisfying meals 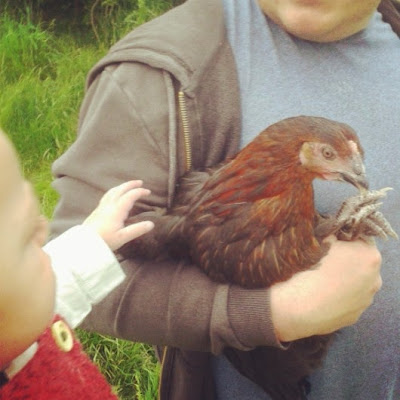 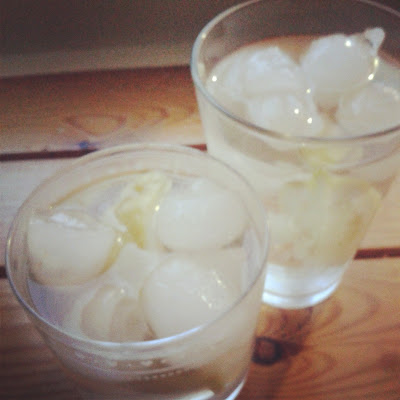 I'm sure some people reading this post are writing me off as an eccentric, with the good fortune to have enough disposable income to make this kind of dramatic lifestyle change.  But your wrong, I am eccentric, but I'm broke and the cost of our shopping actually is cheaper now than when we used the supermarkets.
Our shopping list has changed (we don't have a shopping list) so its not like for like.  But I can tell you concretely now that our spend on food is down 25%.
That's £30 a week on all groceries for a family of three, two cats,  and a dog.
When I visit the grocer I buy what offers the best value,  quite often they have really ripe stuff marked down to pence.  I
buy one joint of meat from the butcher in town a week,  and make it spread across several meals. Pulses, grains, and dried fruit are available at the health food store for less than you'd expect, and a with a much wider range.
Milk is delivered by the milk man. Cheese is bought from the market, as are excess eggs (£1 a dozen) and the occasional jar of local honey.

It's leading to a more fulfilling way of life.  I'm making our bread in a machine. We've started growing more vegetables. My husband finally gave in and has let me keep chickens for eggs, and I've even started making my own wine and soft drinks.

And all of this- is making me happier. I feel content giving my money to local business, and investing in making things myself.

I appreciate that not everyone else has the time (or inclanation) to go for a full boycott.  But everyone is able to take steps to reduce the supermarkets stranglehold on their wallet and take a stand against their unethical business practices.