Musings of a mama of two is this weeks guest blogger. This inspiring woman is mama to two under two, with just 11 months age gap between them. Here in this post she talks about her efforts to relactate for her first baby.

Four weeks after my boy was born, my best friend gave birth to her tiny, impatient baby girl. Initially she expressed and her baby girl was tube fed all the goodness then moved on to feeding her on the breast.
I was so proud of her, but on the other hand I was so incredibly jealous.
I had been thinking about finding a way to feed Gremlin again, but I was apprehensive. Seeing this tiny new life and knowing she was being breastfed stirred up my feelings of failure and upset.
So I went searching for a way to try and feed my boy myself again. I searched the Internet and came across re lactation.
This is re-establishing your milk supply and getting the baby back on the breast.
Did you know that even of you have never been pregnant before you can induce lactation? Many women have done so with adoptive children.

There are essentially two steps in re lactation / inducing lactation:
- teaching or re teaching baby to suckle at the breast
and
-re-establishing / establishing your milk supply.

Most would say it's easier to get baby back on the breast first and by stimulating the nipple through the baby suckling, your body will know to start making the milk.

Unless of course your baby has gotten lazy through using the bottle where he doesn't have to work to get his milk. So this is where pumping or hand expressing comes into play. Your body works like a factory; the more milk that is removed from the breast, the more your breasts will make.
This is why you are advised to breastfeed on demand because your baby will tell your body how much he/she needs. I also used a natural supplement called fenugreek, which encourages your body to make milk.I spoke to my health visitor about trying to get Gremlin back on the breast, she was extremely supportive and pointed me in the direction of my local breastfeeding support group.
I got hold of the number of one of the breastfeeding peer supporters who ran the group. This is a mother who has or is breastfeeding that has trained to help advise other mums.

I got hold of this friendly, bubbly lady on the phone and told her what had happened so far and that I was desperate to feed my boy again,  even if it was only partially and I combine fed him. Luckily the group had a supplementing nursing system
that I could borrow, she also invited me to come along to the group for support.
My plan was to offer the breast as often as possible and to do lots of skin to skin to encourage the natural rooting reflex. I thought if I could get my boy to latch on with the supplementer he would get instant satisfaction which would encourage him to suckle and in turn tell my body to make milk!
The plan was to then slow down the flow of milk from the supplementer until he learnt that he had to work a little to get milk straight from the breast.
I also tried using a nipple shield so it felt more like a bottle because he wasn't interested without it. As you can imagine it was a little tricky trying to juggle a hungry baby, a nipple shield and the tube taped to my boob. It was confusing for my little Gremlin and he didn't understand what I wanted from him.
I got him on a few times and he had a few feeds, I even got a small milk supply back through pumping as often as I could. But it wasn't getting any easier to put him on, he began to get agitated when I got in position to feed.
My ABM advisef me to try and take the bottle away completely and offer a cup if he refused the breast so that he would only associate suckling with the breast to get milk. We also tried baby led latch or the breast crawl. This is where you lie back and place baby on your chest between your breasts and do skin to skin. The baby will then naturally look for the nipple and try to latch on.

Gremlin was young enough that this natural instinct hadn't completely gone yet. He tried his best and managed to get on once or twice but soon got frustrated. The reaction to getting ready to feed steadily got worse, he started arching his back and screaming like he did before. It felt like I was being rejected again, I can't explain how much that hurt. For him to push himself away from me, I was failing again.

I went to the support group and broke down while I was talking to one of the peer supporters, she said there was a lady who had helped her early on in her breastfeeding journey. If I wanted to give it one last go. So I rang her and she came to see me at my home. We discussed how long I had been trying to get my boy feeding again which was about a month and a half by this point. She said I could carry on trying, but it was such a slim chance of getting him back on now because he hadn't made enough progress in the time we had been trying. There was also a chance of him associating the stress of him not wanting to feed with cuddling up to me. I couldn't let that happen, If I couldn't feed him I needed to be able to snuggle up to him.I made the decision to stop.
I felt that I had failed again. In the month and a half that we had been trying it had been a roller coaster of emotions.
I had been scared of not being able to re lactate, of being a bad mother for not being able to feed him twice. I was frustrated on a daily basis, with the supplementer, the nipple shield, with myself and sometimes although I'm ashamed to admit, Gremlin.
I know it wasn't his fault and that he didn't understand what I wanted from him, and honestly a few times I got a bit agitated with him.
Which I feel so guilty about. On the other hand when it went well and he latched on and fed with the shield and supplementer I was so excited. He was getting the formula and some milk from me and that was an amazing feeling of accomplishment.
For those 10-15 minutes of a feed, I was doing it , I was feeding my baby, even with a little help.
Now at 19 months old, I still get a little upset when I think or talk about it. I still feel like I failed twice at breastfeeding, and I put a lot of blame on the lack of support in the beginning from health care professionals.

I just wish I had the same support then as I do now while breastfeeding my baby girl, 9 months and still going strong!

Mama disclaimer! This has not been meant as medical advice, it is only my personal breastfeeding journey with my son. If you ever have a problem please find a local support group.

Musing mama's experience has inspired her to train in breastfeeding support. 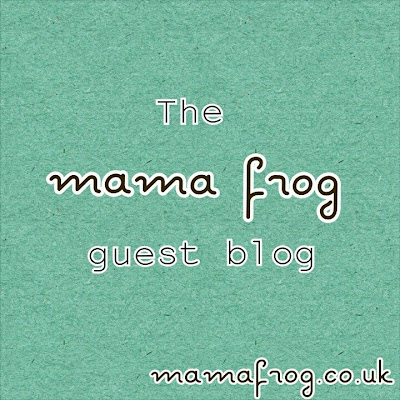 December 29, 2014
I hope all of my lovely blog readers had a fabulous Christmas. We were pretty hectic with 10 for lunch on the big day, and 20 eating on Christmas night. We were kindly given our turkey this year by our local farm shop, we run with weekly meat draw at our pub for them. It was a little larger than I would have ordered otherwise. I got them to remove and bone the legs, so I could stuff them and roast them as mini joints. They were really yummy, but we had a lot of meat left over. I used up my turkey and veggie (carrots, parsnips, sprouts) left overs to make this yummy peri-peri one pot dish. Which is yummy but nice and light after the Christmas carb fest. Made in the slow cooker in just over an hour, it's a great meal to chuck on before a walk in this lovely wintery weather we are having. Last night I simply chopped up the left overs into chunks and sprinkled with peri-peri seasoning. Then this morning I put a small handful of pasta in my slow cooker with a third of a pint of wa
Post a comment
Read more