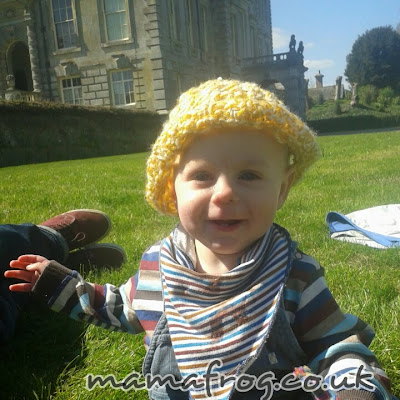 This post is the tale of two bank holidays.  It's starts on the baking hot Easter bank holiday and
concludes on a crisp May bank holiday.
Kingston Lacy is probably the nearest National Trust Park to our home, however it's a bit of a nightmare to drive to a we  have to pass a million and one holiday parks on the way.
Our first visit this year was   unfortunately on a day the house was closed over the Easter holiday. It was a beautiful day, though,  so we enjoyed a nice long walk on the estate, followed by an al fresco lunch and a crawl on the lawn for froggy.
As far as the estate grounds go, I was impressed with the offering for families. They have a play area, plenty of space and cute doors with pictures and info on the estates critters on select trees for kids to discover.
The cafe has a good selection of healthy kids food, some not so healthy (but delicious) cakes and plenty of tables. The grounds also have a fenced picnic area off the car park.
All in all our first visit was a success and
we were eager to get back to see the house.
Perhaps the weather today should have  been a clue it wouldn't be such a good day.  It was pretty grey. 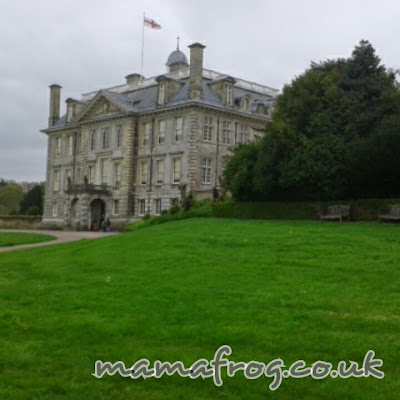 The volunteers/staff were friendly.  But it was very different feeling from the welcome we've been so impressed with at other attractions.
I know that people love babies.  But when I go out I want some space, a bit of anonymity and a break from the repetition that is life with a small baby.  I particularly don't want strangers touching my baby or adjusting his clothes or to get in his personal space and coo asking boring questions about him.
After all despite the fact that he is only 8 months old, he is his own person, not a Dolly.  He deserves the same respect and personal space you'd give an older child. Talk to him by all means but he likes an engaging chat not babble about his age,  gender or outfit.
It was  unfortunate because it was only the ladies working on the visitor reception and entrance to the house who were like this.  But it put both mine and my husbands guard up. Which meant we avoided interacting with the room guides and rushed around the house feeling a bit of an oddity.
The house is huge and beautiful. It's fascinating. But there wasn't much set up for kids to interact with, and lots of don't touch signs.
There's a lot of stairs (we made a game of jumping up them) and lots of rooms. All mainly roped off. I felt like I was in that Cary Grant film 'the grass is greener'. It was quite busy, but we only saw one other family on our visit.
We were nearly ready to pack up and go home disappointed when on the top floor we found the nursery. 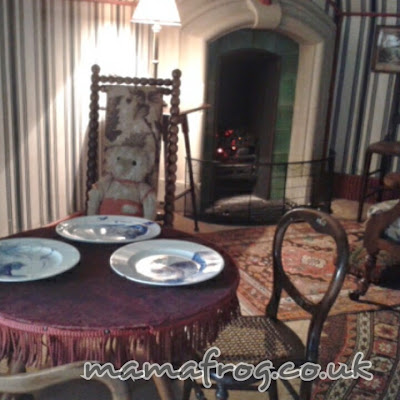 Which was the only child friendly room in the house. 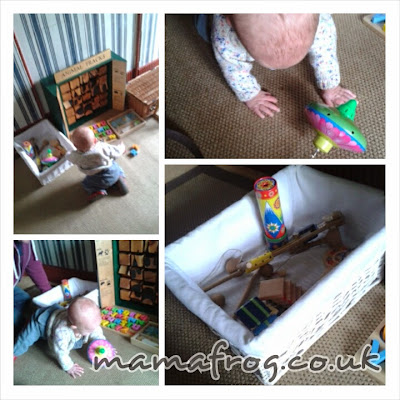 They've created a really nice are with wooden toys in baskets so frog felt right at home.
It was a nice touch that might get missed by a lot of families as it's almost the very last room in the house.
The could also be a bit more room as,  as soon as there was anyone else was in the room it felt over crowded.
Perhaps today was a bad day and we missed something. They seem quite child  friendly in their literature, and there's a sign outside the entrance offering the loan of slings for small kids whilst visiting the house.
I think we'll need to visit again to make a final conclusion, but until then I give the grounds a thumbs up and indifferent verdict on the house. 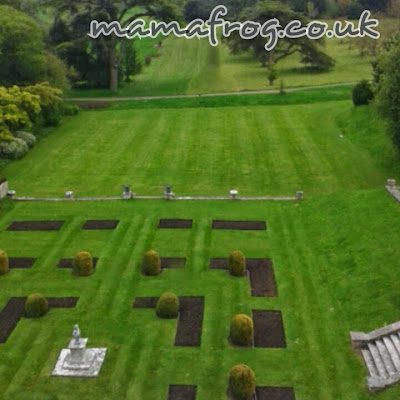 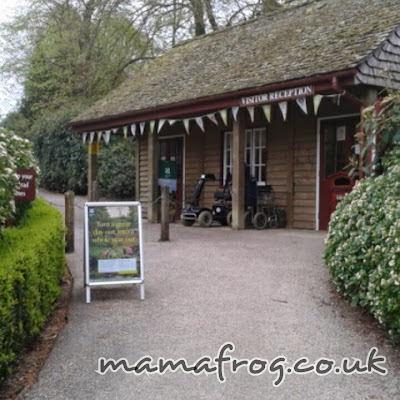 days out
Labels: days out