March 14, 2014
Back in the freak hot weather in March,  we had a day dedicated to ice play.  We created a bunch of icy experiments for a group of kids aged 5 months to 11. It's been one of my most popular blog posts so I hope you enjoy it!

I love the UK, this time last year there was snow on the ground, this year I'm sunbathing in the garden.
To reminisce of last year's big chill, I set up some icy experiments for froggy and his aunt (16months), uncles (7 and 11) and cousin (17 months) to play with in the garden.

Experiment one- bananas and stars
This is a tasty activity.  I froze Apple juice in a star ice cube tray, and   sliced banana chunks. Once both are frozen (I left overnight) I popped on a tray for the kids to eat. 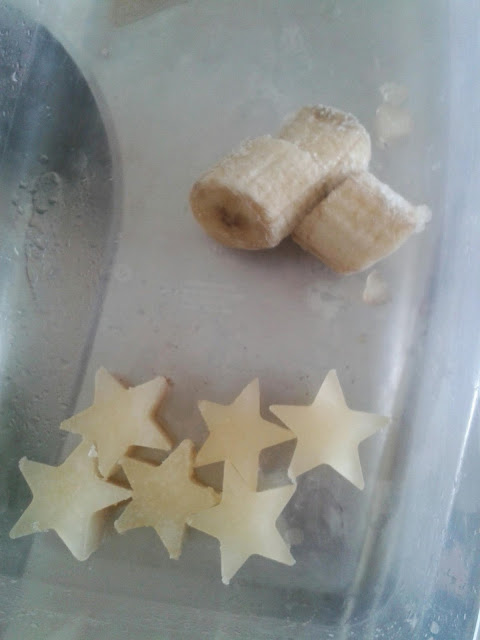 The boys hypothesised which would return to the original state faster. They both voted Apple Stars. They were right (it was a close call) because Apple juice is a better conductor of thermal energy.
Which lead to an interesting chat about the possibility of using bananas as insulation. 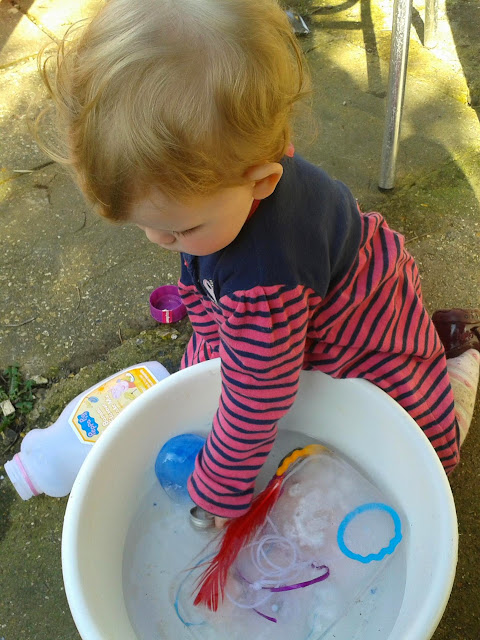 This was one for the babies.  I filled a tub with water and added some of froggy's Heuristic basket toys. Again I froze over night. 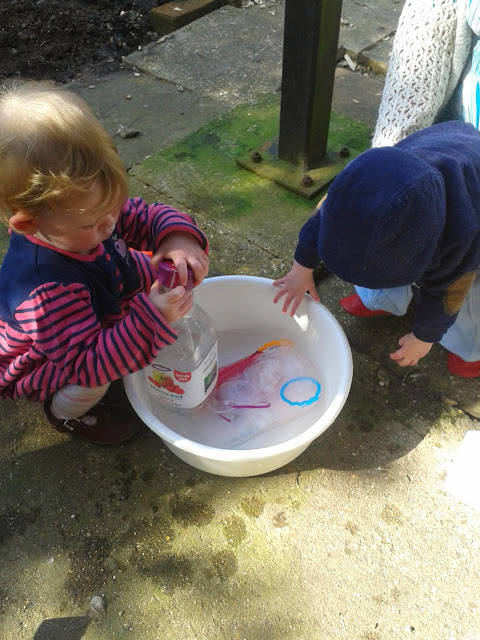 Then emptied the giant Heuristic ice cube into the washing up bowl. I added some warm water to the bowl  to provide a contrast in temperature and help speed up the melting process.
As you can see this was popular with the babies. They kept going back to it over the course of the afternoon. 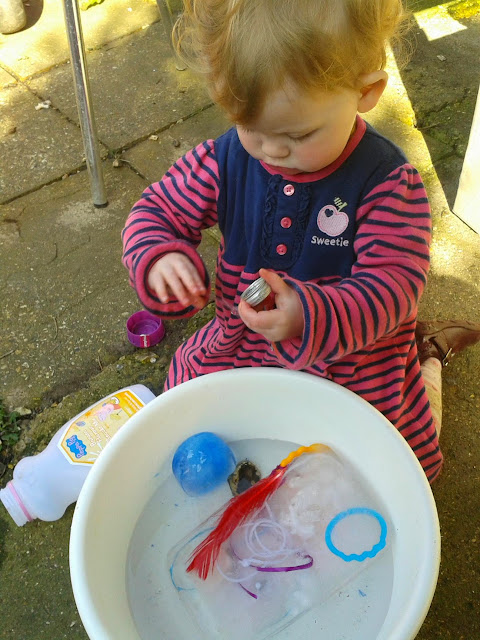 This started as an experiment for the older two. I asked them to hypothesise which would cause ice to melt faster heat transfer (via warm running water) or brute force. 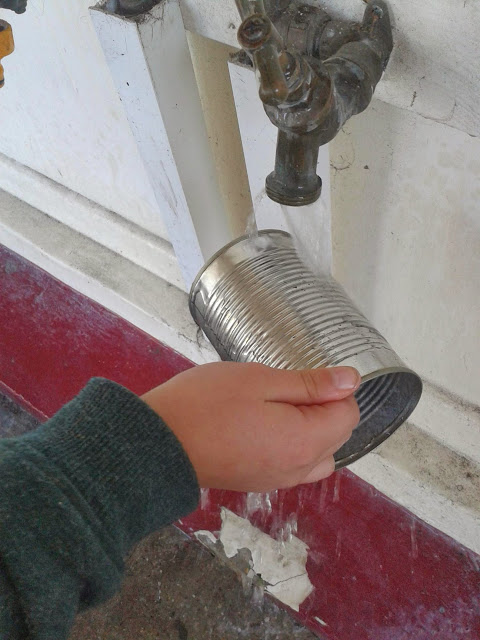 The vote was split. So I gave each a tin in which I'd frozen water mixed with water colour paint to turn it Blue. 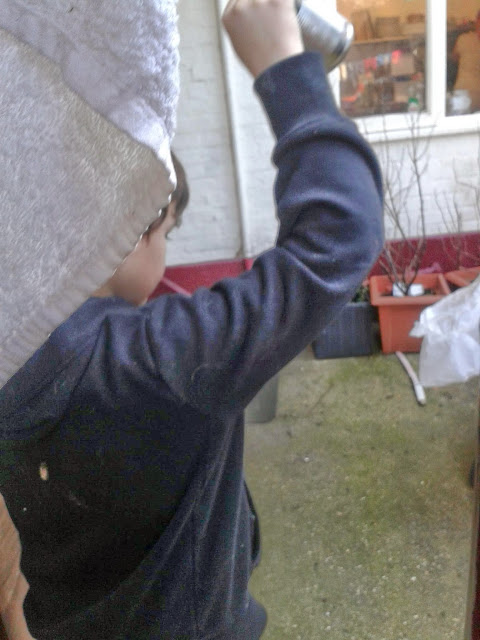 They found the ice in the tin under running water melted first, despite the best attempts to beat the hell out of the other tin.
We then added the Blue ice to the babies washing up bowl - this again was another favourite 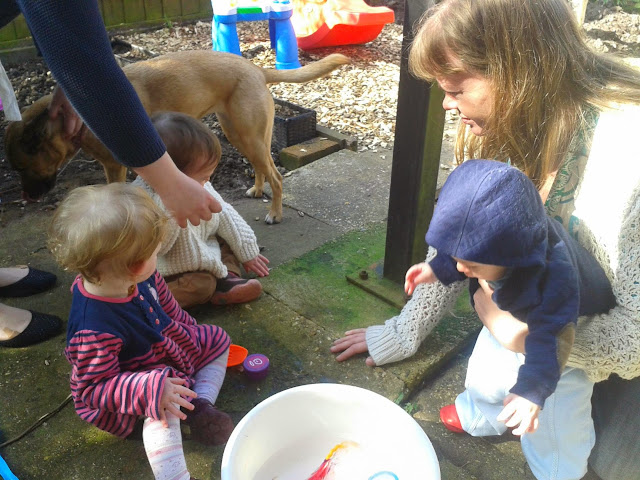