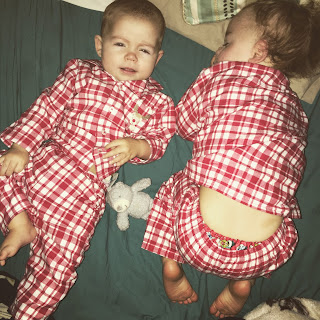 Hi! This Blog post is now Two and half years old (Yikes!). It's one of my most visited posts, so I thought I would update it for all you lovely new visitors. I actually ended up breastfeeding froggy past a year, where I found myself pregnant with number 2 and decided to continue through my pregnancy and try to tandem nurse. We have just ended our breastfeeding journey- somewhat shy of 400 days. It was a lot longer than I had ever anticipated. But great. It helped keep a bond strong through becoming a family of four, then me returning to work. Nursing an older child is very different from nursing a six month old. From about 18 months he would nurse once a day (bedtime) and maybe through the occasional grazed knee and long haul flight. I'm not sure I will nurse his sister as long, and I know I definitely wouldn't have nursed him to this point if I hadn't had become pregnant so quickly after (weird logic huh?). So please don't read this as necessarily a post urging you to breastfeed for that long. This is just our story and our journey, what worked for us. That's what I believe in- each family is different and you should feel empowered to breastfeed however and for how long you want.


The Original Post!
Today is a special milestone - froggy is officially a half yearling. It also marks 6 months of breastfeeding.
We're now in the very low number (1%) of mums and babies still feeding at this stage. That's despite NHS guidelines for exclusive breastfeeding until six months, followed by another 6 months where breast milk still contributes the main part of babies diet, and the World health organisation recommending breast feeding until at least two.
I found (despite being set on breast feeding froggy) that my knowledge and understanding of lactation was pretty rubbish.  I'd read the books, chatted to both the midwife and health visitor,  as well as friends,  but still didn't have a clue what I was letting myself in for. I also didn't realise until froggy was born, how little we as culture like to talk about breast feeding.  I felt a bit isolated, that there was whole explosive subject matter I couldn't discuss with other mums and daren't bring up with those who didn't have kids for fear of freaking them out.
Now we've got this point I feel that some people are expecting me to give up soon.
He's still got a rubbish latch one side (thank gosh for lanolin), has two teeth, isn't sleeping "through", we still haven't been apart for more than an hour,  and he is only on the 2nd centile for his weight.
But all of these 'feeding barriers' still don't out weigh the positive aspects of continuing breastfeeding.


So despite the formula companies reminding me that I can move on from breastfeeding now in the ad break of one born every minute, I think I'll pass for the moment.